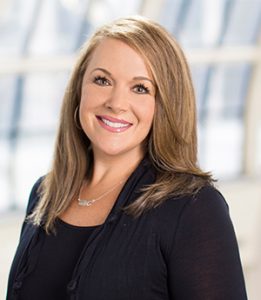 As Chief Marketing Officer at Visit Houston, Holly Clapham-Rosenow leads the strategic direction for marketing and advertising for Houston as well as the Houston First Corporation.

Since assuming the role in 2003, Holly has led the brand position for Houston as a Culinary and Cultural Capital. Under her leadership, the marketing team has received more than 60 awards.

Prior to joining Houston First, Holly worked as marketing director for CBS Radio, Houston for five years. She has also worked as the promotions director for the Houston Museum of Natural Science and was the client services director for two Houston advertising agencies.

Ms. Clapham-Rosenow graduated with a degree in Radio, Television, Film from the Dan Rather School of Communications at Sam Houston State University. She is a member of the American Marketing Association and sits on the Theater District Association board and the Discovery Green Advisory Committee. She served on the 2004 Super Bowl Marketing Committee, the 2016 NCAA Men’s Final Four Executive Team, and 2017 Super Bowl Marketing Committee. Holly was inducted into the Houston Business Journal’s “40 Under 40” class of 2013.